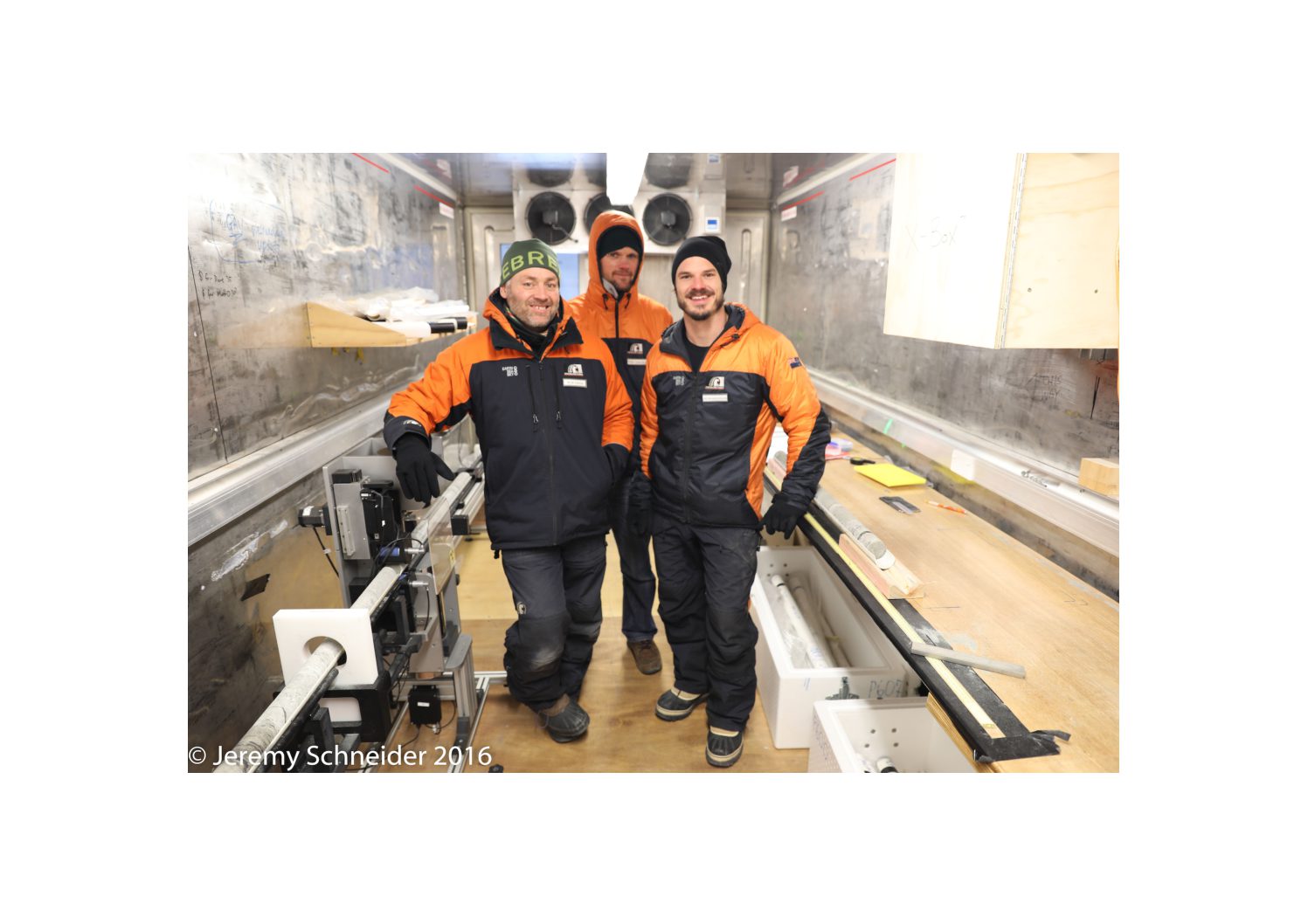 Posted at 10:58h in Latest News by Sally Marine

“All the cold and none of the view” was how Bob Dagg from The University of Otago, New Zealand describes his recent trip to the brand new container port extension to the Hillary Field Centre at Scott Base, Antarctica. Bob, along with Jacob Anderson and Pont Lurcock, was working in a windowless containerised laboratory at -10°C where he had installed the University of Otago’s Standard Multi-Sensor Core Logger (MSCL-S) to acquire non-destructive physical properties from frozen permafrost cores.

The cores were acquired from The Friis Hills drill site, which is part of the McMurdo Dry Valleys region of Antarctica. The drilling project, led by Richard Levy, was investigating early to mid-Miocene (~20 to 14 Ma) glacial deposits preserved close to the surface. These frozen soils and rocks are composed of fossiliferous fluvial and lacustrine beds that show how vegetation and insects recolonised the Friis Hills area during periods of reduced ice where surface temperatures were 3°C to 4°C higher than today.

There were numerous visitors to the new container port extension, which included US Secretary of State John Kerry who visited the physical properties lab and found the work Bob and the team were conducting on the MSCL particularly interesting. The MSCL was being used to acquire gamma density and magnetic susceptibility on the frozen cores to help identify sedimentary facies which may not be visible or immediately obvious to the human observer. The team are now using the MSCL data along with the multitude of other datasets acquired in an attempt to resolve an important inland record of terrestrial climate and ice sheet dynamics that can be compared with other marine records of the time. Analogies of the past, such as those discovered by the team here, are crucial to our understanding of how ice sheets and climate in the southern polar regions may be affected by climate change.

Find out more about the research conducted at the Hillary Field Centre using the link: http://www.antarcticanz.govt.nz/scott-base/hillary-field-centre/.  Also look out for the National Geographic documentary on Antarctica coming soon.

To find out more about using the MSCL to log permafrost of ice cores then please contact Geotek using the link: https://www.geotek.co.uk/support/contact/